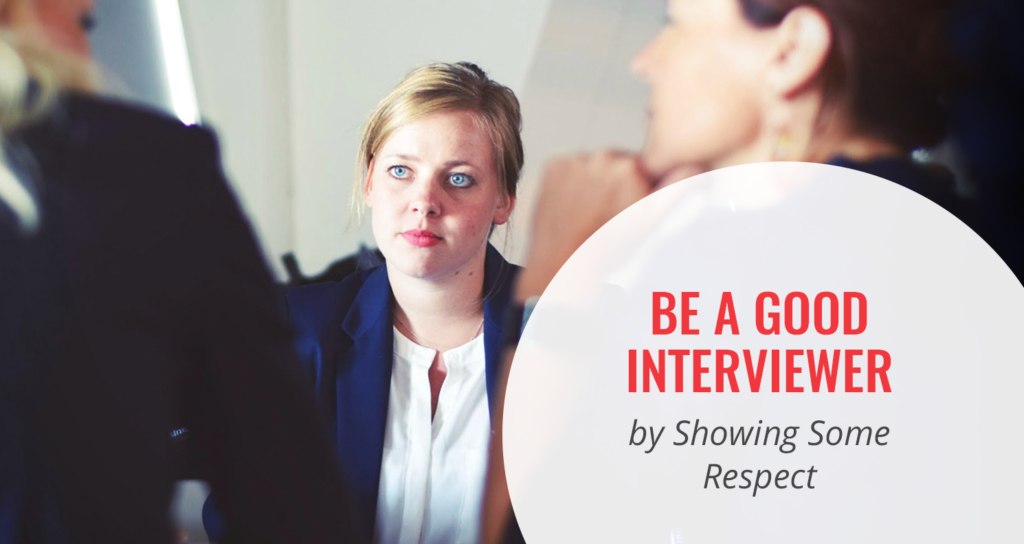 I have heard thousands of stories about good and bad job interviewers for almost 20 years. Why is it that, when someone becomes a hiring manager, they suddenly forget what it was like to actually be interviewed? Why is there a disconnect?

One of my clients who wanted to move from Tampa to Atlanta landed the perfect job interview. She thought it went well, but never heard back. Did the interviewer know that she was trying to relocate? Yes.

How far was her drive from Tampa to Atlanta? 500 miles!

I’m still frustrated that she was shown such lack of respect. Even when the interviewer decided not to hire her, he should have at least called to let her know.

Here are some guidelines for interviewers. They seem obvious, but I guess not!

BE CLEAR ABOUT THE NEXT STEPS AND TIMELINE

The most stressful part of interviewing is waiting to hear back from a company, particularly if an interview seemed promising. Not contacting the applicants shows lack of proper business etiquette. Yes, you might be under strict corporate policies about what you can tell people after an interview, but that is not an excuse to not contact them.

Just tell people what to expect. It is that basic. How hard can that be?

PLEASE, DON’T LEAVE PEOPLE DANGLING. EITHER HIRE THEM OR THANK THEM FOR THEIR TIME.

SHOW THE SAME RESPECT YOU WOULD LIKE TO BE SHOWN IN AN INTERVIEW.