SUCCESS STORY – The Value of Going Back to School 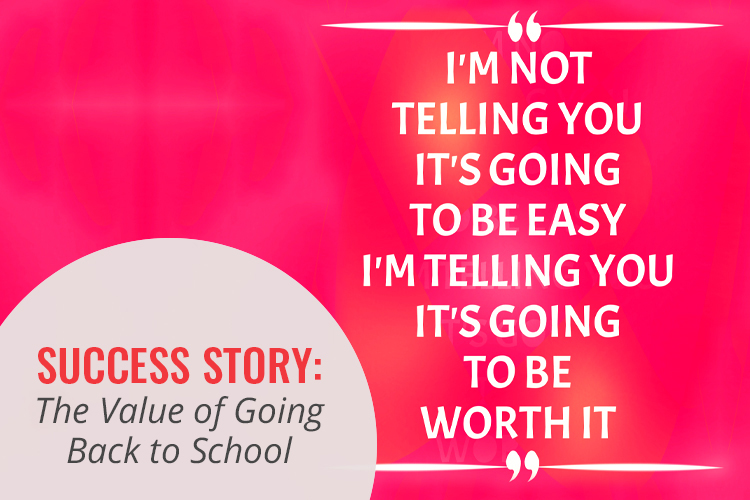 Sometimes, you don’t learn what you expect when you go back to school!

Carol is a client of mine with an excellent job as a Human Resources Program Manager at a large healthcare company.

Her company is massive, with lots of room for career growth, and it encourages further education. She already had a degree in Business and a Human Resources Certification but wanted to go back to school to get her Master’s degree in Information Systems. It was a big commitment of time and energy.

She really hoped that she would land another position once she had the additional degree, hopefully, one with a higher salary. Did that happen? Nope. That was disappointing. She also incurred some significant student debt, which was risky because she was starting to think about how to retire.

I asked if she regretted the effort, particularly now with her student debt hanging over her? It turns out, not at all!

She is glad she did it and considers getting her Master’s to be one of her most important successes. She was very clear – it changed who she is as a person.

So, yes, the success was not what she expected – a better job with her company. Instead, she gained more confidence in her ability to learn, and that has changed everything for her and her future career prospects!

If you’ve been thinking about going back to school, but aren’t sure if it’s worth the time, money, and effort, I’d be delighted to speak with you about it in a free consultation! Furthering your education can be a path to greater career fulfillment and maybe to landing the job of your dreams!