Making Small Talk from Your Resume 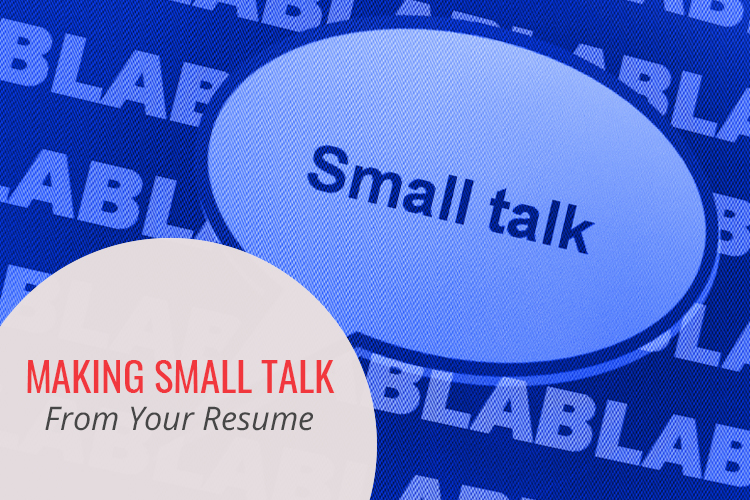 When I was a recruiter, every one person I met was nervous for some reason. This was true whether they had a job or were unemployed. The receptionist would call and let me know the candidate was in the lobby. When I reviewed their resume again, I tried to find something that could create “small talk” as a way to make the person more comfortable. This was natural as we would walk down the hall to the interview room.

Sometimes I could find something interesting on the resume, but not always. But if I did, it was one way of making a personal connection. Small talk can be important to break the ice.

Travel: If someone had been to many countries, each of them was either on my bucket list or I had already been there.

Hobbies: I had an engineer client who built a boat from scratch in his garage by just studying how to do it. The boat floated, and he was able to sail it! Wow!

Sports: I had a client who participated in XTERRA triathlons. Very difficult because the one leg is a dirt bike, not a street bike.

Activities: One client’s resume said he did a lot of public speaking. It turns out that he was Jehovah’s Witness and had been preaching to congregations of 1,000+ since he was 11! (We did include his speaking on his resume, just didn’t mention Jehovah’s Witness).

Not everyone has something in their lives and resumes that can generate this type of small talk. But if you do, go for it! You might be surprised at what generates conversation.

If you are not sure, schedule a free consultation. Then we can strategize on how to incorporate this in your resume.