2 Ways to Stop Being Mad at Your Former Employer 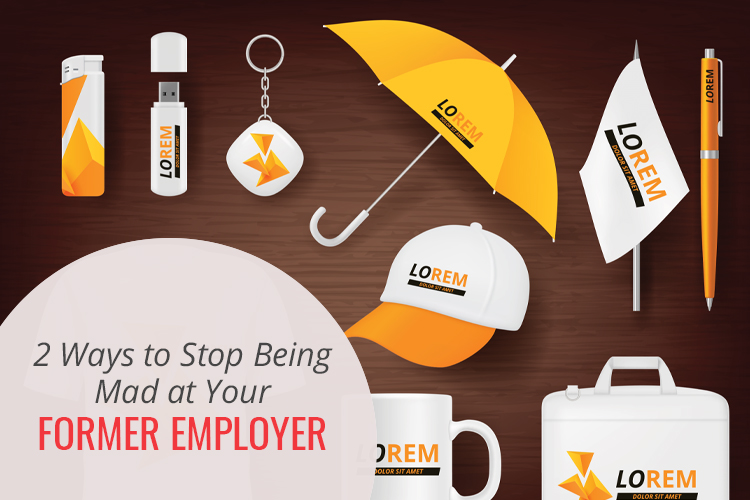 Did you have a messy end to the job with your previous employer? Are you still angry? This can get in the way of doing an active job search where you must look forward, not backward.

Have you thought about the items you have with the company’s name and logo? This is one way that organizations create a cohesive team so people can recognize each other.

I had a client who was furious at how she had been treated when she lost her job. I got a real blast from her as she just let loose and vented. Her anger was tainting everything.

I sold promotional products for about eight years in an earlier part of my career. I am always aware when someone has a shirt, hat, briefcase, pen, or anything else with a logo.

I noticed that she had a really nice notebook. It was the type of thing I used to sell. I suggested that she give it away and buy something similar but neutral. I am not a psychologist, but the one she was using physically kept her tied to her anger.

1.) She gathered everything in her life that had the company’s name and logo. She looked in her kitchen, closets, car, home office, bathroom, gym bag, and everywhere else. She was surprised at how much she had accumulated.

2.) I suggested that she give everything away. It was a physical manifestation of letting bad feelings go.

She did this and got a new job within a month!

We can say it’s “just stuff.” But “stuff” often has good or bad emotions attached. Take control and get rid of anything that might interfere with your positive energy for your job search.

This is the type of issue that I discuss with my clients as a career coach. You can schedule a free consultation and find some ways to get rid of the negative in your life and keep the positive!