Can You Give Awkward Advice to Someone About an Interview? 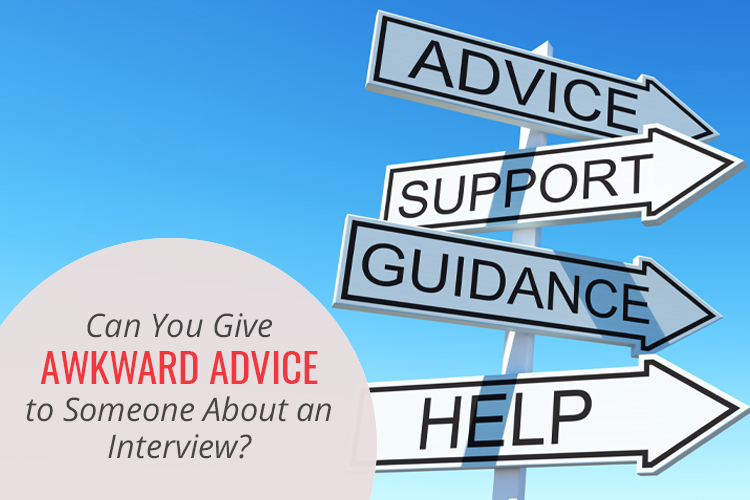 When I was a recruiter, sometimes I had to tell a candidate something personal that was uncomfortable. But I wanted to help them so they could put their best foot forward in an interview.

1) SMOKING:  One time I interviewed a guy who clearly had a smoke right before coming into the office.  The interview rooms were small, so the smell was pretty bad.

At the end of our appointment, I told him that the cigarette smell was pretty strong and unpleasant. He caught an attitude with me and asked me with a smirk how long before an interview could he smoke.

2) CLOTHING:  Another time I was interviewing a woman in her 50’s.  She was wearing a nice suit. But I said to her:

3) PERFUME & COLOGNE: Often someone would come in for an interview, and they smelled of perfume or cologne.  But the interview rooms were small, so it was very noticeable.  So I would say something like this:

What should you do if you foresee a problem with an interview? SAY SOMETHING. If you are family, a friend, or a co-worker, talk with the person even if it is awkward. It might be the difference between doing well in an interview or not.

These are the types of issues that are part of interview coaching.  If you are nervous about making a good impression, let’s talk.  There is no charge for a consultation.