What Is A Nested Resume? 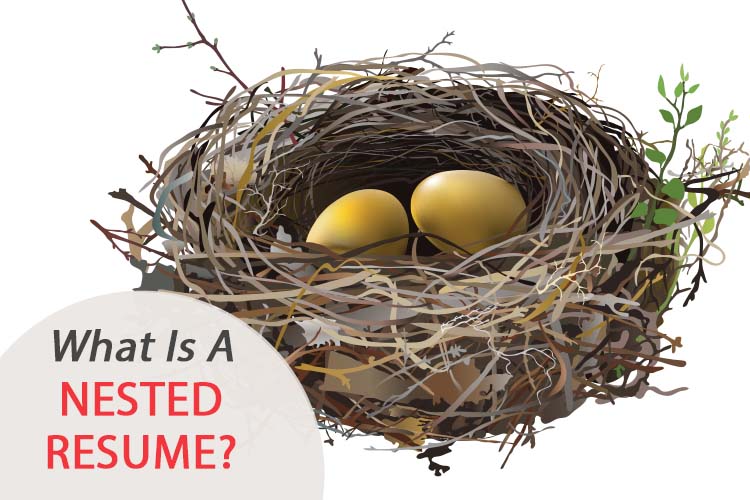 Do you know what a NESTED RESUME is? It is a description that might be new to you. It is a document with three options – a two-page resume, a one-page addendum, and a three-page document that combines them.

How can a resume be written if someone has clearly different parts of their lives between personal and professional? A resume is a specific document to be used as a stand-alone when applying for a job. But there might also be part of a person’s personal life that is just as important.

One of my clients owned a construction company specializing in residential track housing. We were able to write him a great resume because there was a lot of information about his successful career.

But there was something else that was equally important. At one point, his wife developed Alzheimer’s, so he moved her into a memory care facility.

But he also wanted to make a difference to help other families cope with this disease. He did a lot of educational public speaking. He also was involved as a lobbyist in Sacramento to address the larger problems caused by the disease.

We designed a two-page resume for his work in construction. Then we wrote a separate addendum that described what he did to further publication education. Then he could combine those two into a three-page document.

What he really wanted was to use his construction experience and knowledge about Alzheimer’s to build special needs housing. In this case, the three-page version was relevant.

But if he was also applying for a job in another sector such as office buildings, then the two-page version was appropriate. His experience with Alzheimer’s was not relevant in this situation.

If you have a resume you would like to discuss, there is no charge for a consultation. Go to this link, and it will take you to my scheduler and will also be able to upload your resume to discuss.