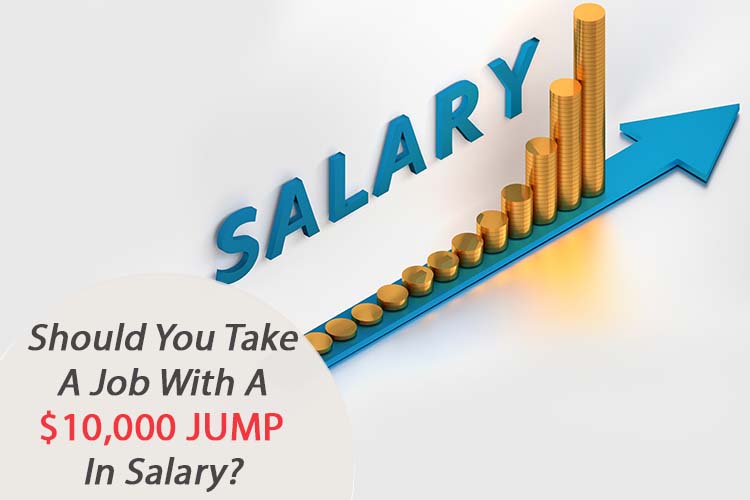 Everyone would like to make more money, but sometimes an enticing opportunity might not actually be a good deal.

A client came to me and said he was satisfied with his job and not actively looking for something else. But
a good friend and coworker went to another company. He then wanted to recruit my client for a job with a $10,000 increase in pay. That was worth considering! So together, we did the math:

After-Tax: We estimated that he would take home $8,500 in after-tax money.

Hourly: That would give him an extra $4.08 per hour, less than that if he worked more than eight hours. That’s about the cost of a Starbucks coffee.

And there were other things to consider.

He eventually decided not to take the job after running the numbers. A $10,000 increase sounded good, but it really wasn’t worth making a change for an extra $4.08 an hour (or even less).

This is the type of situation where I can provide coaching to help you consider all the aspects of a job offer, including financial issues. With my experience as a career coach, I can see these things from angles that you might not have considered! So, let’s make sure that you are always making the right choice about your future! You can schedule a free consultation so we can discuss.