Cultural Problems With A Handshake 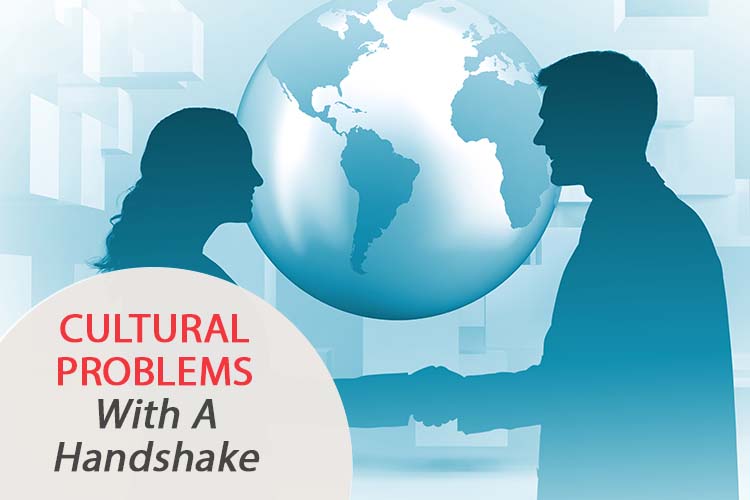 Have you ever had a weird conversation in a business meeting that was tense, but you didn’t know why?

I used to be a recruiter. When a candidate arrived at the office, the person at the front desk would let me know. I would walk to the front, greet the person with a handshake, and we would go to an interview room. It followed basic business etiquette.

But one time the man was really stiff and uncomfortable meeting me. I figured he must just be really nervous about his job search and an interview.

But he was great when we talked in the interview room. He was very professional, relaxed, and easy to talk with.

Why was he so relaxed in the interview but clearly tense when we met in the lobby. It was odd, and I couldn’t figure out what was happening.

Part of my role as a recruiter was to do my best to make sure the person did well in an interview. I decided to talk with him directly at the end of the interview. I chose my words carefully because I did not want to offend him.

He was from Pakistan. The norms of proper business etiquette are different than in the US.
I was not a woman in his family, so he was not supposed to shake my hand.

How could we have avoided an awkward exchange? Should I have done something in a different way? He said that I would have known at a young age about proper etiquette by just watching how men and women relate to each other in public. I would have just known not to extend my hand to him. These are social cues that kids pick up from watching adults.

I said I appreciated his candor. But I said he would need to figure it out so he wouldn’t make other women uncomfortable.

Have you ever been in a business setting where you thought that cultural differences got in the way?

If you want to standout from other candidates in an interview, I can help you do that. I am a professional career coach. There is no charge for a consultation. Go here to schedule a call today!