Is It Too Early To Retire? 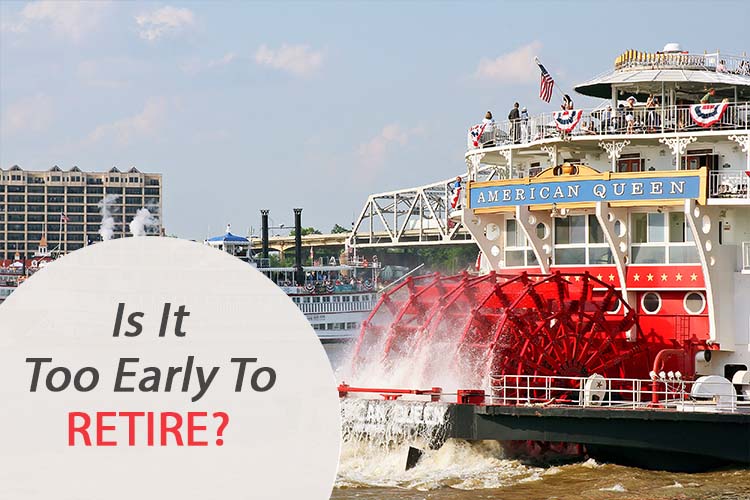 Do people sometimes retire too early? Why does it matter?

I met two interesting people when I recently went on a Mississippi River paddlewheel steamship cruise from New Orleans to Memphis. They told me similar stories about their careers.

Many people are eligible for a pension after working 20 years for a single organization, such as the military and certain corporate jobs.

One of the crew members went into the military at 18, so he could get his pension when he was 38.
He was excited because he could have some financial stability and just enjoy his life. But it did not turn out to be what he expected. He is now the Senior Engineer for the steamship!

The other guy had a history major in college that was not relevant to his work in the military. He retired at 38 but quickly was fat and divorced. Now he is a Historian on the riverboat. He gives lectures and is available for questions and conversation in his Charter Room.

He had to learn about many things such as geology, river commerce, and the Army Corps of Engineers. He also had to learn about history, such as the role the river played during the Civil War. The boat sailed for 640 river miles and crossed four states, so there was a lot to learn.

His history major was finally relevant. He is a natural teacher. He loves the river and wants to educate people and give them a context for the cruise.

If you are eligible for a pension at an early age, you can schedule a free consultation. This is the type of coaching that I can provide to really help you think things through.