Have You Ever Been Unsafe During An Interview? 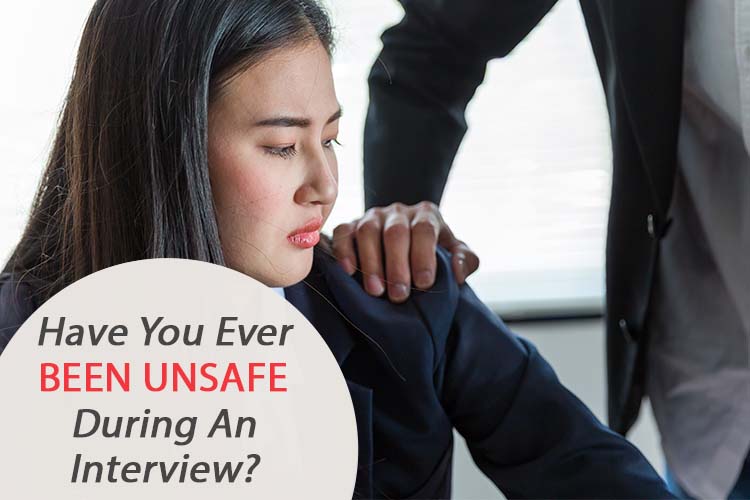 Have you ever felt unsafe during an in-person interview? Have you let yourself be in a dangerous situation because you really needed a new job right away? You might think this wouldn’t happen, but it can if you let your guard is down.

I recently talked with a long-time client. She had been laid off and needed a new job asap. She told me about an in-person interview she had the day before. There were big problems.

I told her woman-to-woman that it was not safe for her to be in an interview that was unprotected. I asked how many people would normally be in the office during regular work hours. She said probably 20 or 25.

I asked if he had given her an explanation about why he wanted her there so early. No, he did not.

I told her that it was really inappropriate for him to set up the situation that way.

But I also get it. She was laid off and really needed a new job right away.

I wasn’t sure what to say except to warn her, as one woman to another, that she has to be more careful.

If you would like to discuss an interview that made you uncomfortable, Click this link to my scheduler; there is no charge for a consultation. I look forward to speaking.