What Can Make You Unhappy In Your Job? 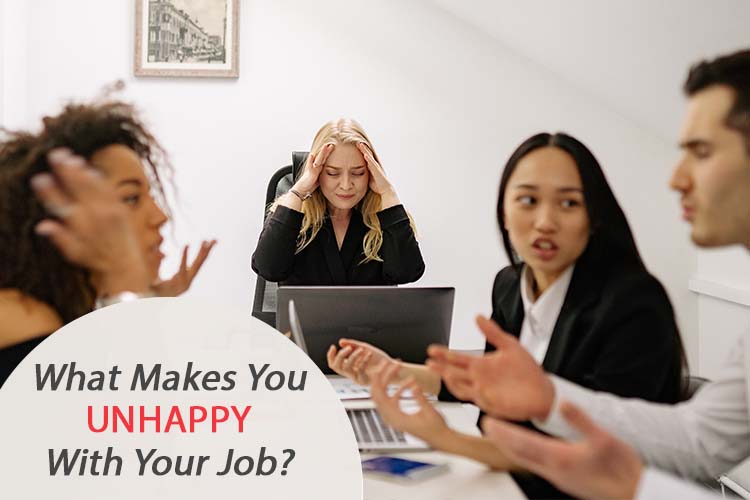 What can make you unhappy in your work?

Is it your co-workers? Your customers? Your actual job?

It can be hard to separate out the source of the problems.

I had a client who was a stockbroker. He was 29 years old. He and his wife wanted a child, but he had not been able to keep a job that lasted more than a year.

It was an unprofessional situation in the office, particularly with the language his co-workers used. It was inappropriate, with a lot of profanities. His own behavior had sunk to their level.

One day he was so angry that he broke his hand when he punched a wall. He needed help, and he found me as a coach. He had to identify the problem and then find a way to fix it.

I helped him get hired at E*TRADE. It was a very professional environment. He flourished and was a top performer for six years. Now he has his own firm and is a successful wealth management advisor.

The turning point for him was when we separated out the three components of his problems. Then he needed a strategy to get past this. It worked!

I cried when he sent me a picture of his baby boy.

If you are unhappy and not sure how to think about it, you can schedule a FREE consultation to help you get started.